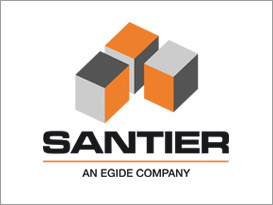 SAN DIEGO, California - October 24, 2012 - A private investor group led by The Courtney Group and Pegasus Capital Group today announced they have acquired Plansee TMS, a world-class manufacturer of custom components from engineered materials for microelectronics, from the Plansee Group. The business will now be known as SANTIER and will continue to operate out of its facilities in San Diego and be led by its current President & CEO Vimal Dutt.
"We are very pleased to acquire Plansee's custom components for microelectronics business as it perfectly fits our business model of investing in growth-oriented, mid-sized manufacturing companies with strong leadership teams, proven technology and a customer-centric solutions focus," said Thomas W. Courtney, Jr., President, The Courtney Group.
"We have a history of acquiring businesses from large, corporate parents. Working with our team of operating executives we have often set up new systems for businesses to operate on a stand-alone basis."
Patrick Whelan of Pegasus Capital said, "SANTIER is already a strong business, and we look forward to support its continued growth by investing in new equipment, systems and capabilities while looking for complementary acquisitions."

As part of SANTIER's new ownership group, Steve Kaye, has joined as a director and investor. Mr. Kaye has a strong background in leading technology companies and was previously CEO of eInstruction, Centice and GTCO Calcomp.

Bernhard Schretter, President, PLANSEE SE, said, "In recent years, the focus of the PTMS activities has shifted away from the core competencies of the Plansee Group. Therefore PLANSEE SE was looking for a new owner who is able and willing to further develop this promising business much better than we can do. We wish SANTIER much continued success under its new ownership."

Founded in 1991, SANTIER has produced more than 2 million components, device packages and assemblies for leading companies in the aerospace, defense, telecommunications and medical markets. SANTIER President & CEO Vimal Dutt said, "We are a build-to-spec solutions company dedicated to the success of our customers. We are excited about the opportunity to further expand our capabilities to the benefit of our customers." Terms of the transaction were not disclosed.

About Pegasus Capital GroupPegasus Capital Group is a Los Angeles-based private equity firm that invests in companies with at least $2 million of operating cash flow. The firm focuses on acquiring profitable middle-market companies that have significant growth potential. Its transactions provide liquidity for individual owners, their families, outside investors and/or corporate owners. Pegasus has completed acquisitions across the United States and considers investment opportunities located anywhere in North America. The firm's current portfolio consists of numerous highly profitable commercial and industrial companies.

About the Plansee GroupThe Plansee Group is the worldwide leader in metallurgical powders for industrial groups, covering the whole supply chain of high-tech materials such as Molybdenum and Tungsten - from ore processing to the production of customer-specific components. In the 2011/12 fiscal year, the Plansee Group had consolidated sales of 1.52 billion euros and employed 6,120 people worldwide.